It’s holiday! My semester is over but some of my friends are struggling for exams. I don’t have any because my subjects are mainly assessed on the course work. That is why I was struggling the hell out of me before this. It was dreadful and stressful, you name it. Decided to go out on last Sunday and have a happy day walking and shopping around. 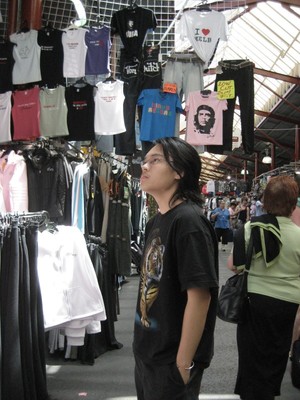 We took breakfast at the Chinatown in Melbourne city. I just took some dumpling. I wasn’t that hungry but it’s delicious. Later, we head to Victoria Market. Jowie and Joel bought a shirt each, and Joel and I bought three packs of wasabi peas. I bought two of it and I really love it so much. 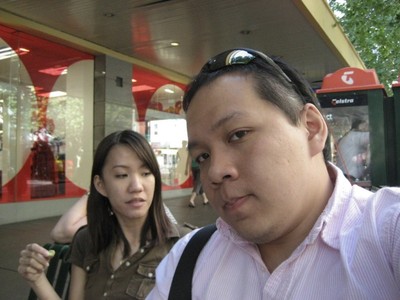 We head to the city again because I wanted to go to Target. I was aiming to buy some undergarments but they don’t have my size. Their sizes are a little too big for me.

Joel was suggesting going to Docklands because there is an Indonesian Festival. We went there hoping there is some good stuff like clothing, souvenirs, and food. They do have it but it was too pricy for us. We just walked around after that and taking pictures.

We took dinner at Cilipadi which is located in Melbourne Central. Sorry I don’t have any pictures of it because we are way too hungry till we forgot about it. The restaurant serves Malaysian food but somehow the oomph of Malaysian taste is not there. While eating, Jowie receive a call from Ai Leng and Jessie. They wanted to go to Crown Hotel to walk around. We met them at the casino and only Joel and Melissa betting on their games. I brought them to walk around in the hotel. I have brought them to the Warner Bro’s shop, and the chocolate shop. They were so delighted and I was caught by them to take pictures with them using the Batman cap. The chocolate shop is filled with many adorable chocolate shapes. I love the pigs! It’s so cute! We decided to go back home later because it is late and the shops are closing.