Have you ever feel insecure when you walking alone by the street side fearing someone might snatch your beautiful bag and belongings? Or maybe unexpected incidents as such when you’re around with a bunch of friends? 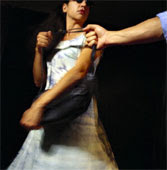 Snatch theft cases are no longer a surprise in Malaysia, never ended and it has to end. Speaking from experience, I was once almost a snatch theft victim when I was 17.  I live in the city and it was evening about quarter past 6pm. I was on my way walking back home after finishing my part time job in a bookstore. There I was about 5 minutes away from home, a motorcyclist came from the back tried to grab my bag but he failed. I was holding a magazine with my both hands, that had prevented it. My lover yelled and chased but the motorcyclist fled.

My mother experienced it a few times before but the theft never got caught. She never carry any bags since then giving the exception for occasional dinners. No matter how beautiful handbags displayed in front of her, she will kept reminding herself of the unforgotten experience. I have also witnessed once happened before my eyes a few years back.

In March 2011, it happened to my blogger friend, Tammy. Poor her that she had so much injuries and she has also shared in her experience in her blog, here. I’m grateful that she has healed from her injuries now. Some serious cases reported are even worse as victims died after severe injuries. Not only one case but a few, listening or reading such cases just saddens most of us.

Here’s a share of  a video captured in April 2011. Can you see how violent these criminals can be? They are no longer only snatching from people walking by the streets but passengers in the car? That’s just crazy!

Here is a Anti-Snatch Theft Campaign currently running by Marie Claire Malaysia.I was glad to find such campaign and I did not think twice at all to sign for this petition. If you support to such campaign, please sign to this petition to reclaim our streets. I believe all of us would like to fight against snatch thieves. You will just have to include your name and email address. To sign the petition, please join here. This petition will be running until end of July 2011, please share this with your loved ones, friends and family.

Thank you for signing and together we fight against them!