So this is my latest vacation that I went for almost a week. I was in Kuching, the largest state in Malaysia. It’s a far place from where I am and I had to take a flight. This would be informatively overload about the trip.

Let me show you what I’ve been doing there~ 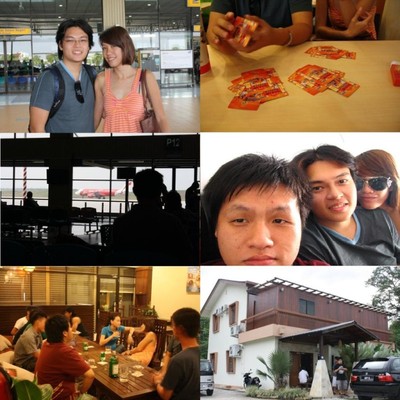 Arrive at the low-cost airport (LCCT) around  9-ish a.m. and were queuing to check in. After queuing for almost an hour with the line not moving at all, it started to piss everybody in the queue. Apparently, there is a technical problem with the plane and the flight has to be delayed. My flight was delayed for 4 hours, what do they expect us to do? My flight suppose to be at 11-ish and now it’s 3-ish p.m. Sorry, I can’t really remember what time exactly my flight was. I didn’t bring my laptop with me and I was so excited on doing the recording on the airplane. However, the compensation was RM10 voucher of Mc Donalds and RM200 voucher flight to be redeem online. Of course, went to Mc Donalds for brunch and I saw one blogger but I wasn’t sure if it’s her until she came out with her Rainforest Festival review. Many people worlwide is going to Kuching for that reason. So, reached Kuching in the evening and two friends to pick us up (the bf & me and a friend). Decided to have dinner at my friend’s cafe named Patio and half way driving there and my friend’s car went K.O. The car was overheat and water is boiling up. He manage to get his friends to transport us over. Was so nice to get back together with the old friends in Kuching ( I was in university there for my second year for my degree before going to Australia) and another thing about here the beer here is very cheap. I’m really sorry for the non-alcohohic-drinkers but sometimes it’s okay to drink some but I went a little overboard and got wasted for mixing my drinks. Later on, we check in to the lounge for accomodation. I was wasted and soundly asleep when I’m on the bed. 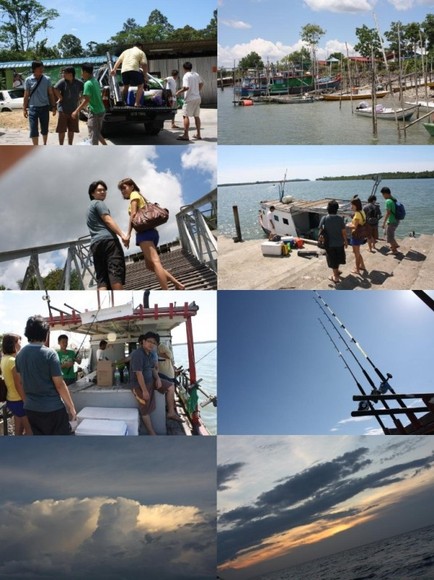 I woke up with a bad bad hangover, dehydrated and not really speaking much and had to go for fishing~ It’s really exciting especially when you get to go into the deep sea. The scenery was really beautiful especially the sunset. The best thing is we spent a night at the ocean! It’s amazing experience especially the fun of getting some fish, dining and sleeping on the boat. Imagine me hangover and going up the boat? Urgh, was having headache badly at first and I get to rest at the bunk beds. I get to see many sea creatures at night like squids, crab swimming through, jelly fish, flying fish and water snakes. It was a stormy night, where the boat was shaking badly, rain coming in with no fish. I was trying to get some sleep that time when everyone is busy taking in things

. Poor bf and his friend almost rolled out from the boat. 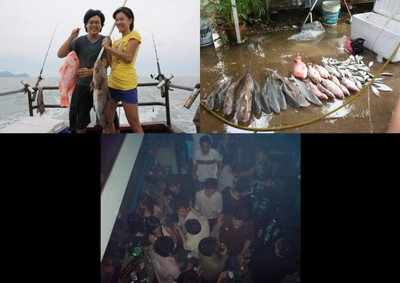 After a long night, we got back to the shore. Most of the catches made by friends and I can say fishing is not an easy job to do. But the experience is something great. I fell down when we reached the jeti after helping around to carry the things out. We all forgot that the steps are muddy after high tide. My leg was bleeding and the bf was really worried. I was okay, instead I felt silly. How could I not remember this at all. Most of us are tired, so we’ve got back to have some rest. The fishes are for dinner. We get to taste really fresh fish and you know what? After dinner, it’s clubbing. I can tell you if you ever go to Kuching and have friends there most of the time you spent is drinking. It was really fun with all the dances and our group rocked the club whole night. We got to be upstairs, dancing freely and the people downstairs was just sitting and drinking. My dear friend was bold enough to kiss all guys in the club to win a bottle of Black Label. How brave he is! He was nice enough to treat everyone in the club with the bottle that he gotten. 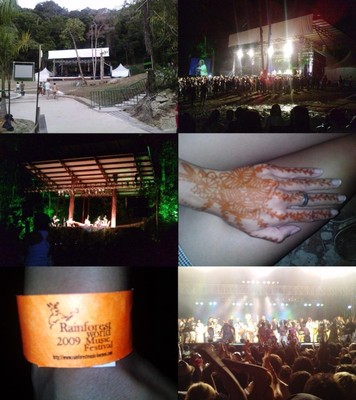 This is the main reason to be there. The Rainforest 2009 World Music Festival. I only went there on the last day of the event. It was a little dissapointing though. The sound system screwed up and was some soft instrumental music. I get the chance to put on henna for the first time. Call me sarcastic but I love it so much! This event held it every year and many was loving this event for the first few years. It involves many musicians all over the world. I shall review in-depth on this event on another post. Oh, another day of drinking their ethic’s homemade alcohol beverages called ‘Tuak”. It taste just like a fruity white wine. 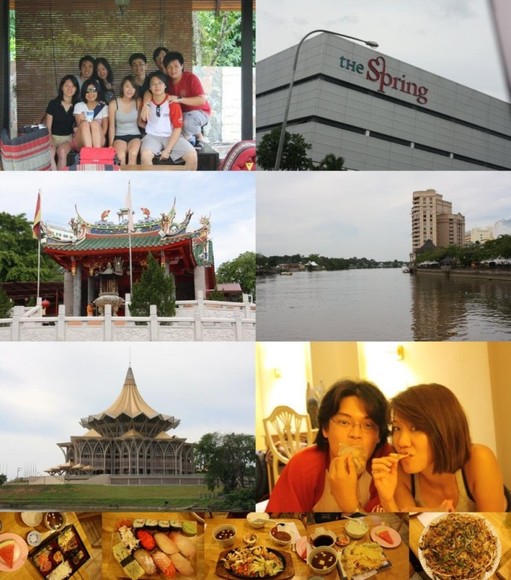 Some of us is going back and for those who stayed checked in to another hotel. We visited one of the new shopping complex there called ‘The Spring’. Nothing much in there, just like your standard shopping malls with the combination of their local stores. It was really near my university so I went back to have a look, the university look so much better now. Wasn’t as run down as it looks when I was studying in it. After that we walked around town center for lovely sceneies and updating ourselves on the changes happening there. For dinner, the bf and I brought our friends to one japanese restaurant we missed so much. The food was lovely. The Japanese pizza is as big as your standard pizza’s size!

Woke up a little early for today for the famous Laksa Sarawak, it’s totally different from laksa in Peninsular Malaysia. We ate at where I used to live when I was there. Tried knocking on the doors of the house to check if my room mates are still there but there was no answer. Flight was at 1-ish p.m. so we packed our things and check out from the hotel.

Kuching is one nice place to go around, you get to learn some culture, hiking, fishing and optional, drinking

. I would like to stress one thing. I remember how some Peninsular Malaysians always teased on the West Malaysians if they are still leaving on trees. For everybody’s information, we are all living in houses build in bricks although some are still living in the squatters. I even get this when I was in Australia and the question was ‘Malaysian still live on the trees, right?’. It was really ridiculous.