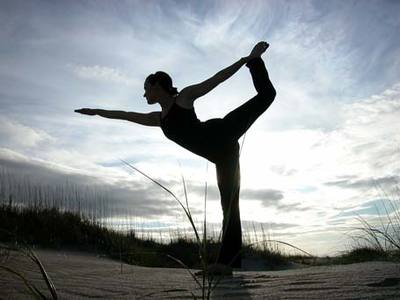 On the last Sunday morning as I was sipping my morning tea and begin to go through the Sunday Star newspapers, it came to my surprise on the front page’s headline. Yoga ban. What?

It is printed in the newspapers saying that yoga practices are inappropriate for the Muslims. The Malaysia National Fatwa Council has declared it as ‘haram’ (prohibited). The combination of three elements which is the physical movement, religious element with chanting and worshipping is the key why is it prohibited in Muslims stated by Datuk Dr. Abdul Shukor Husin. He also said that Muslims are discouraged to practice it as one would lead to another. Another reason is because other countries did the same thing too.

On the next day in The Star newspaper, the issue still goes on. The State Religious Department has tolerated with the edict. Perak, one of the states in Malaysia, Muslims is not allowed to practice yoga. Issues arises along with it is what about ‘qi gong’ since it’s from Buddhism. Will this be the next one to be banned?

I used to practice yoga at the beginner stage with my boyfriend and friends. We did enjoy it as an exercise because we find it healthy and be able to learn on balance and flexibility. We really had fun as sometimes it’s funny that sometimes we fall from our balance. It’s totally healthy. We have never had anything in mind on chanting or worshipping. Never cross our mind before. I believe this is not only affecting the Muslims in Malaysia, but other yoga practitioner too. If it is so then other exercise could be inappropriate for Muslims in Malaysia as well, take jogging for instance. Naturally women are born with breast, so when they jog, their breast sort of bounces. That’s not a very nice view for the Muslim men to see it, isn’t it? Therefore, would they actually ban jogging in the future? It’s rather ridiculous.

On today’s news there’s more to come, now they aren’t sure to implement this edict.

Jakim: Only rulers can decide on fatwa on Yoga

What would you say?